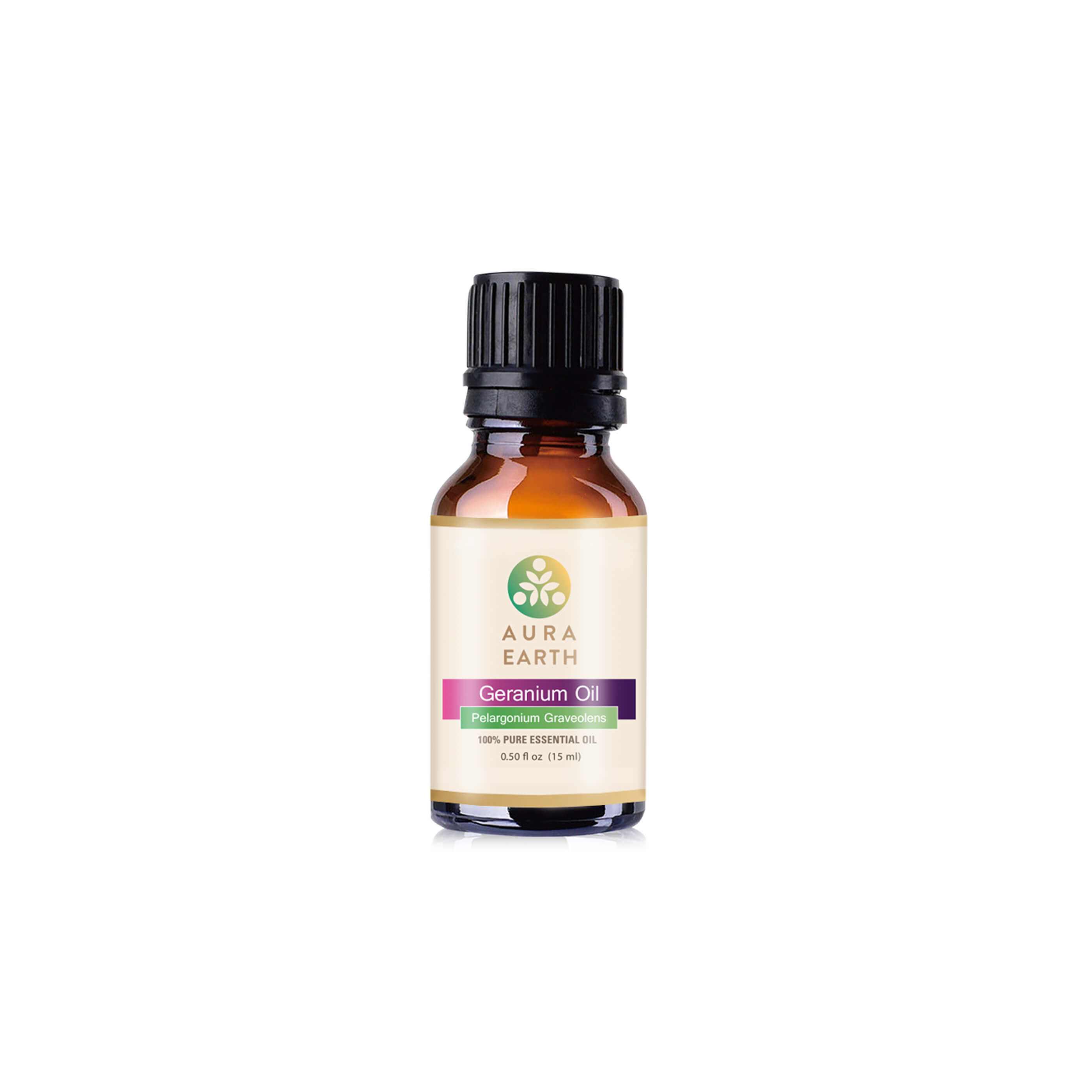 Geranium Oil is one of the sweetest Essential Oils. The use of Geranium Oil by man is believed to be dated back as far as the Egyptian times. The floral scent and its similar uses earned it the common nickname of being the “Poor Man’s Rose Oil”. The scientific name Pelargonium Oil is derived from the Greek word “Pelargos” meaning “Stork”. Geranium Oil is extracted from the Stalks & Leaves of the Semi-Dried plant, by Steam Distillation. Consisting mainly of A-Pinene, Myrcene, Linalool, Isomenthone, Citronellol, p-Menthone, limonene and Geraniol, the Oils is said to possess characteristic anti-inflammatory, astringent, antiparasitic, antiviral, antiseptic, stimulant, deodorant, antihemorrhagic and antifungal properties. Thus, the Geranium Oil is believed to be helpful for improving vision, reducing migraine, improving blood circulation, overcoming depression, and respiratory disorders. It is also said to be good for the Skin.